During the 33rd session of the UNESCO World Heritage Committee held in Sevilla on June 26th 2009, the Bletterbach gorge and the Dolomites were included into the UNESCO Natural Heritage List – the most important award for a natural site worldwide. As pivotal aspects in favour of this decision applied the landscape’s beauty as well as the geomorphological and geological importance acknowledged as being unique worldwide.

The UNESCO World Heritage of the Dolomites includes 142,000 ha (548.26 sq miles) in total and ranges from the Provinces of Bolzano-South Tyrol, Trento to Belluno, Pordeone and Udine:

Being part of the UNESCO World Heritage List provides us with an especially important responsibility as far as protection and sustainable development of this unique mountain region is concerned.

The UNESCO Dolomites foundation with its headquarter in Belluno, is provided with five operational offices in the provinces. Following a three-year-cycle, the presidency changes its seat rotating among the single provinces. Since May 2013, the Bolzano-Bozen Province holds the presidency.

As required by the UNESCO provisions, a management plan for all the areas pertaining to the World Heritage of the Dolomites was issued. Its scope is that of securing the area’s integrity and uniqueness. 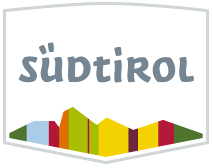